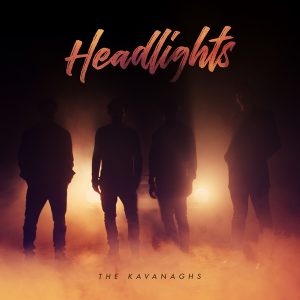 Eternal Sunday presents Headlights, the third studio album (containing original songs) by the powerpop band The Kavanaghs from Rosario, Argentina. The band has gone trough some changes since Love Conquers Pain, from 2011. Singer/ guitar player Alejandro Pin is gone, so drummer Seba Cairo took his place at the guitar and new member Franco Barbieri replaced Seba on drums. In this album, half of the songs were written by Seba Cairo and half by Tiago Galíndez, who wrote most of the songs that appear on the Kavanaghs first two albums. Tiago himself is dividing his time between The Kavanaghs and his solo project (in Spanish) Tiago & Los Pájaros.

Some things have changed in six years, but what stays is the wonderful Kavanaghs signature powerpop sound, a combination of the classic 60s British rock with a touch of 90s britpop and current indie rock. The catchy choruses are there, as well as the vocal harmonies and the radio friendly sound. Headlights on, The Kavanaghs are back for good.

Get The Kavanaghs – Headlights on iTunes