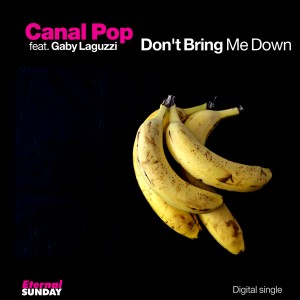 Several years ago Canal Pop recorded with singer Gaby Laguzzi a cover version of Electric Light Orcherstra’s 1979 hit “Don’t Bring Me Down”. This version was only available in the deluxe CD version of the EP + remixes We Never Play Live In Buenos Aires. Now, Eternal Sunday finally releases it digitally as a single.

Incidentally this is the only Canal Pop song to this date that features guitars, played by Valerio Rinaldi in his first collaboration with Canal Pop/ Eternal Sunday.

Tracklist
01 Don’t Bring Me Down