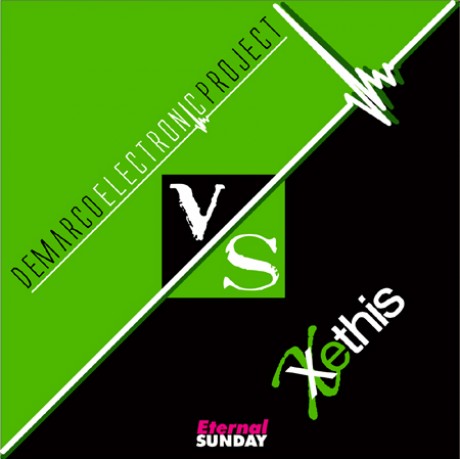 The duo of producers Luis & Héctor Agüero, also known as “the techno twins” (because they are identical twins, that’s why) release through Eternal Sunday two 4 tracks EP’s, under their artistic name of Demarco Electronic Project.

The twins are legendary remixers and producers from Buenos Aires, Argentina, and they have worked with big names in the local and Latin American scene, people like the ex member of Bandana Lourdes,R ubén Rada, Babasónicos, Martina Vior, Miguel Mateos, Sybil, Ciclotímica, etc. They’ve produced all the music featured at the DVD “Urban Dancers vol. 1”, released by the label New Groove order Inc, USA. They’ve also worked with European artists like Yana Kay, Russian singer that went #1 at the European dance charts.

In the EP “Demarco Electronic Project vs Xethis” the twins combine 4 tracks they’ve written remixed by Xethis, a remixer from the province of Cordoba, Argentina. one of these tracks is a remix of “Horizonte De Suceso”, which was released in Chile as part of the original soundtrack of the TV series “Buen Partido”, a Chilean remake of teh suscessful Argentinean production created by Pol-K “Son Amores”. the soundtrack was released in Chile by Warner Music.