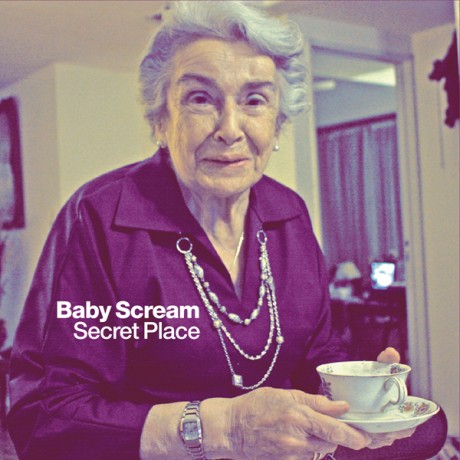 Of all the bands from Argentina with songs in English it is surely Baby Scream, the project lead by Juan Pablo Mazzola, the one with the richest history of releases, travels, tours and collaborations, specially overseas. Baby Scream has 7 albums and EP’s released, most of them in countries other than theirs, in places like Germany, the UK and USA, and the band has been touring other unusual territories like Norway.

The story behind Secret Place, Baby Scream’s eighth album and the first to be released by Eternal Sunday, begins when the government office Opción Música, that belongs to the City Government of Buenos Aires, announced that local indie labels could present proposals for recording an album at Estudio Urbano, a cultural center dedicated to rock music and youth culture. The winners could use 80 hours of recording. Eternal Sunday proposed recording a new Baby Scream album (the band was releasing its homonymous album by OK! Records in the UK) and the project was accepted, so the band has to enter the studio to make a new album in two weeks.

The result was Secret Place, a concise and direct album with overflowing honesty and artistic maturity that combines, like in a journey, the history of the band and the moment the album was made. The journey is not a long one: Secret Place contains 10 tracks that last less than three minutes each, but they are enough for allowing the leader and composer Juan Pablo Mazzola to spread his particular obsessions and themes: it starts with the wild rock piece “The Last Call” and goes straight to the youthful lennonesque, ballad “Hit And Run” (that could easily fit in any of John Lennon’s early 70’s albums), then takes us to the almost country/ acoustic rock of “Secret place” and “Going North”, the first one radiating joy, the second returning to the more dark mood. They are followed by “Cold Weather Reggae”, a particular incursion in Jamaican rhythms with a progressive solo included, “Bad Seed”, acoustic again and about bad childhood memories, the sweet “Patiently”, the direct “London Sun”, about the city that is the world capital of pop music, a city that evokes in Juan Pablo Mazzola both bright and dark memories; next is “The Atmosphere”, inspiring a relaxing and somehow trapping sensation, sweetened by violin arrangements, and the journey closes with the dazzling and oniric “Eating My Face”, about a real dream that the composer had while recording the album (he was served his own head to eat at a restaurant).

Secret Place is a typical Baby Scream album: it shares a vision equally desolated and hopeful of a world that combines innocence, evil, stupidity, youth culture, classic rock and roll, the escapism and the ravages of drugs, the different cities and places you visit when you’re on the road, love, treason, rage, fear of the unknown, all of this expressed with an almost immaculate point of view that could belong to a child that observes the world without any kind of prejudice. It is maybe because of this that the album cover and the pictures inside the CD booklet, (taken by Marcia Hill) depict a somehow childish universe: the sweet grandma that offers us a tea in a suburban afternoon, the furry cuddle toys in the park, the toy windmill forgotten in the garden after playtime…

There is a secret place, seems to say Baby Scream, in which we are still children and we see things as they are: as an eternal dream passing in front of our eyes, always changing, always surprising, sometimes depressing, sometimes thrilling, in which we don’t actually know our place or our role, but we still try to enjoy ourselves as much as we can.