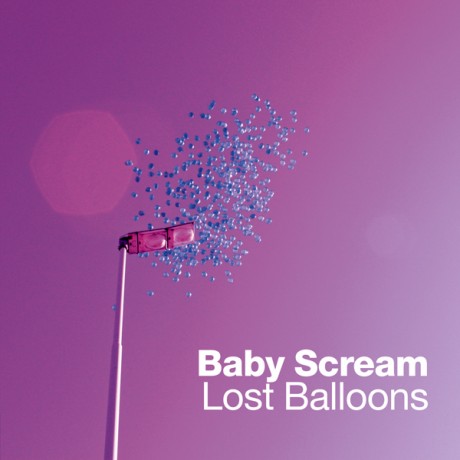 In 2011 Baby Scream released its 8th album, Secret Place, and Juan Pablo Mazzola, the leader, decidied to clean the closet and the shelves. That’s how the album Lost Balloons was born, a compilatuion of old recordings, demos, cover versions and songs that didn’t made the final tracklist of other releases. The album contains 17 tracks and the band and the label decided to give it away as a free download.

It also includes the songs “Reality” and “Song For A Soldier”, originally written by Marc Bolan (glam rock superstar, singer of the band T-Rex, dead in 1977) that have an unusual story (as it usually happens around Baby Scream). A collector from Norway called Iojan Bolgard bought in an auction (for tens of thousands of dollars) many reel tapes and acetates that originally belonged to Marc Bolan and discovered two new, unknown songs written by Bolan who were never released, “Reality” and “Song For A Soldier”, this last one a protest against the Vietnam war. By chance Juan Pablo Mazzola, a huge Marc Bolan/ T-Rex fan himself, came across Bolgard, stood in his home in Norway and the collector played the songs for him and offered him to make new, Baby Scream versions of the songs. But Baby Scream never was able to overcome the legal onstacles to release the songs commercially, in fact those songs are officially unknown and there’s no record of them as Bolan in any legal form, so, not knowing what to do with them and existing in a legal limbo, they were included in Lost Balloons.