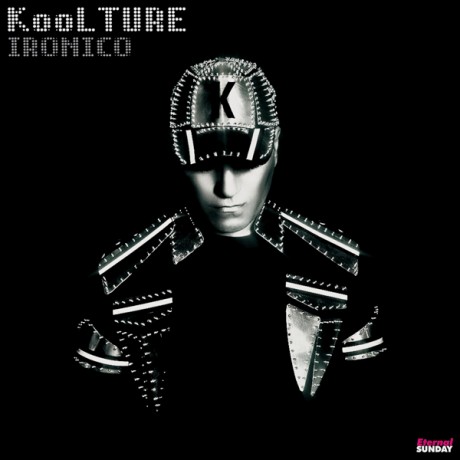 Some months have passed sin the release of Uncovered, the debut album by KooLTURE, the electropop project of singer and producer José Tramontini from Argentina, and it is time for a new release: this time it’s the maxi single for “Irónico”, one of the two songs in Spanish included in the CD. As a reward for his fans loyalty KooLTURE decided to put the single as a free download, for everyone to have. The single is not merely the album version with a new cover, it contains 6 tracks including remixes by the prestigious producers and remixers Sgoliat and Ladies On Mars, and a version of “Chicas Latinas”, one of the band’s early hits.To complete the package the band shot an elaborated music video that will be premiered on national TV on the CM channel from Argentina (also available in other Latin American countries). In a few days the video will be airplayed by other music channels. The shooting also included a sexy photo session.For those who asked for it, KooLTURE is back, and whether in Spanish or singing in English, he brings the coolest, catchier electropop this side of the continent.