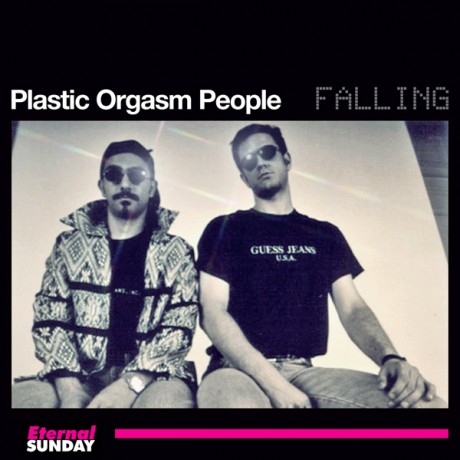 Eternal Sunday releases for the first time Plastic Orgasm People’s first song, “Falling”, recorded in Buenos Aires in 1996 as part of a 3-songs EP. The other 2 songs were “The Collective Song” and “Let It Rain”, included in the EP The Meaning (Of Love) released in 2003. “Falling” is a perfect example of Emiliano Canal’s distinctive style of pop composition and shows Alejandro Marino’s singing talent at full. The guitar was played by the late Lapo Gessaghi, a very well known (and loved) 90’s session player and studio owner.

Thoough it was not released commercially, the song was featured in some Internet portals like the old Mp3.com and ranked high at the site charts.