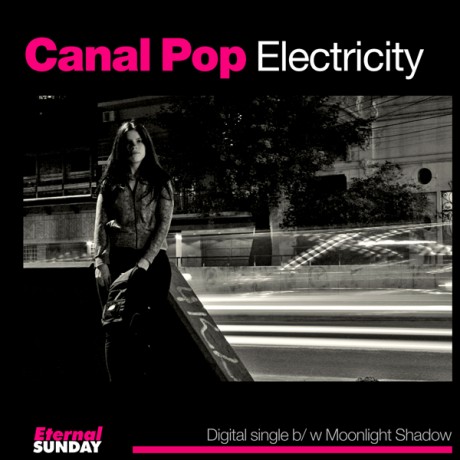 In 2011 the song “Electricity” fwas included in the Face The Beat compilation released by Side-Line/ Alfa Matrix, Belgium, being Canal Pop the only Argentinean artist.

The single will be an exclusive Bandcamp.com release until October 01, 2012 at US$ 0.99. Then it’ll be available at the rest of the digital stores.

The Bandcamp.com version comes with an 8-page virtual booklet with pictures taken by Marcia Hill.