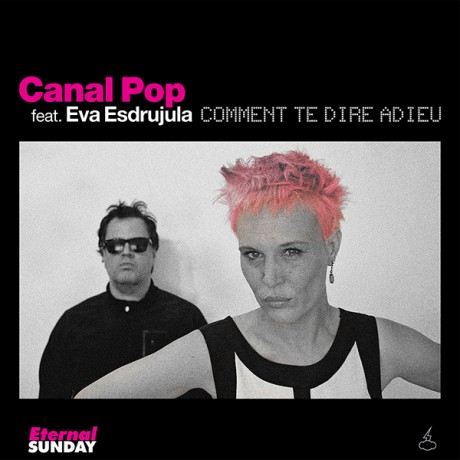 Eva Esdrujula is a French-Argentine artist who has worked as a model, actress, photographer, and press correspondent, in addition to singing.

The single is produced in Canal Pop’s own synthwave/ electropop style, produced with classic analog synthesizers, and is the first of his releases sung in French.

“This is a song that I always loved,” says Emiliano Canal, the man behind Canal Pop. “It’s one of the best-known French-language songs in the international market, and there aren’t many of them. And when I had the chance to record it with Eva I didn’t think twice, she is a very interesting artist.”

Written by Goland/ Gold/ Gainsbourg. Published by EMI U Catalog.