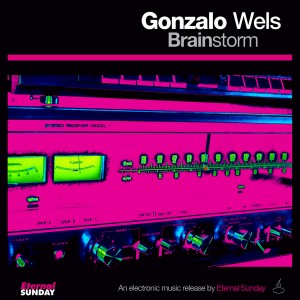 Eternal Sunday releases another promising debut album by an Argentinean producer. It is the EP Brainstorm by Gonzalo Wels, a young DJ, producer and remixer from Buenos Aires, Argentina.

Brainstorm features three tracks, two of them in the house/ deep house style and a third one, “Apollo” that can be considered chill out:

Tracklist
01 Brainstorm
02 Keep It There
03 Apollo

All tracks written and produced by Gonzalo Wels.