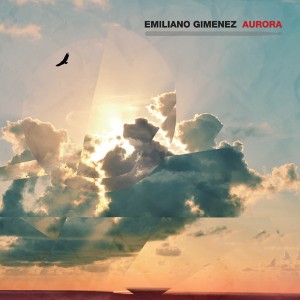 Eternal Sunday presents Aurora, the solo album by Emiliano Gimenez, the drummer of the AOR band Flamedown. In this album Emiliano leaves the rock and pop behind and embraces the complexities of instrumental jazz/ fusion.

The result is a vibrant 11-tracks album, perfectly arranged and executed by some of the best players in the Argentinean music scene, among them Charlie Giardina and Javier Viñas, partners of Emiliano in Flamedown. As it was the case in Flamedown’s album, there are international stars invited, like Michael Landau and David Garfield.

The album takes a journey by different styles and moods. It combines the rock/ funk in “Back Home”, the Latin touch in “Orilla Latina”, it adds a Brazilian touch in “Sambaires” and closes with “Para El Abuelo’s” intimate piano solo. Aurora is a purely musical album, made with the only objective of celebrating music and those who make it. Emiliano Gimenez demonstrates that the drums are a starting point as good as any other to create beautiful music. May the future bring us many more albums like this one.