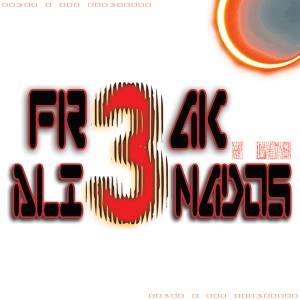 Fr3ak comes from electronic music, style in which he had released many singles and remixes that can be considered house music, music meant to dance to. But on Fr3ak Y los Ali3nados, he uses the electronic music language and textures to express something different, values, sensations and messages that, until now, only have been communicated through loud guitar-ridden rock and roll. Fr3ak Y Los Ali3nados is not about dancing, is about alienation, is about feeling alone and vulnerable against an inhuman system, is about the existential absurdity, about empty consumerism, about a world in which surface and appearance are more important that contents.

Some years ago Fr3ak would have started a heavy metal band and would have screamed his truth to the world among distorted guitars. But Fr3ak Y Los Ali3nados are a 2013 band, and they sing for a generation of digital natives using a new language, a language that is natural for the new generations: the fusion of electronic music elements and an alternative rock attitude. And maybe the message the band brings us, hidden among the desperation is: there are problems, but there is a tomorrow, and that tomorrow is coming, and it’ll be different.

Maybe in a decade or two all rock bands will sound like Fr3ak Y los Ali3nados. Today, they are the only ones. Enjoy them now, because the future is coming.