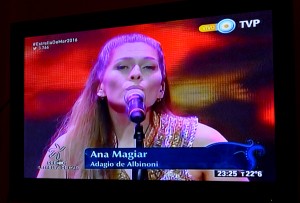 The Estrella de Mar awards are giving to the shows and plays shown during the summer vacation season in the city of Mar Del Plata, one of Argentina’s most popular vacation destinations.