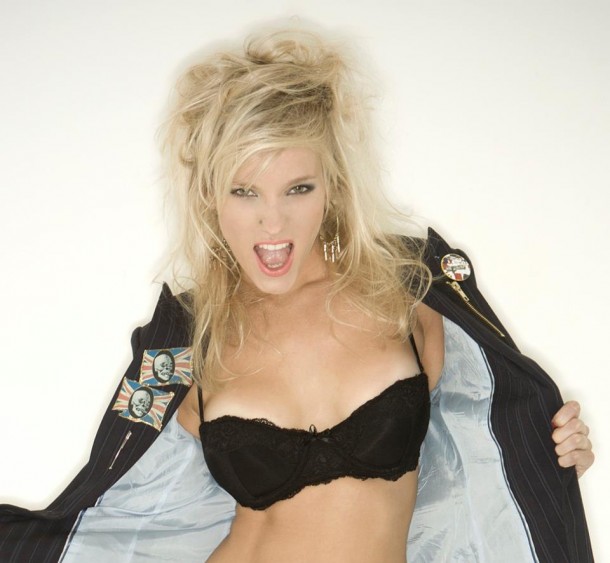 Virginia Da Cunha is very famous in Argentina and all over Latin America. She was part of Bandana, the girls pop supergroup that was formed by the producers of the reality TV Popstars (Virginia was the pretty blonde girl). Bandana sold hundreds of thousands of copies of their albums, had a record of live shows in Buenos Aires, played big arenas and they even had their own movie. They sung a version of  “Can’t help Falling In Love” for the Spanish version of Disney’s Lilo & Stich movie (A Teens performed the English version).

After Bandana split up Virginia dedicated herself to acting on prime time TV and on theatre, started her own band, danced and sung on TV shows and took some time to perform a version “Material Girl”, the hit that Madonna had in 1985 for Eternal Sunday Records’ Southern Waves, an Argentinean Tribute To Classic Electropop. The song was produced by Emiliano Canal and the single features 4 remixes by talented Latin American artists.

For several years she led the band Virgin Pancakes and her new 2012 project was called V,  then Just V. In 2014 she returned her solo career with the single Maniac released again by Eternal Sunday. Virginia is also a successful DJ and Sing-J (a DJ that also sings on top of the music).