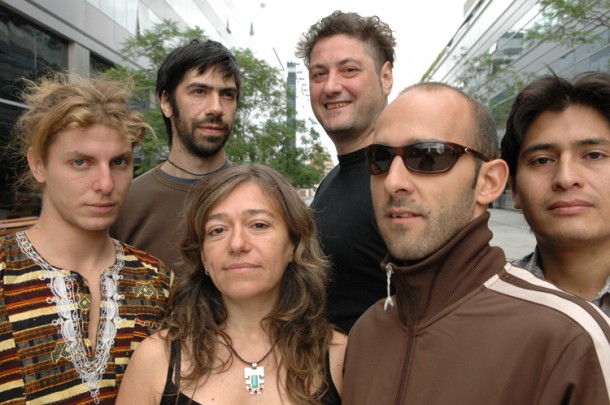 Eternal Sunday introduces the debut album of the band that came to change the sound of tango forever: Tango Santo.

In the last few years different variations of traditional tango were born and revitalized the whole scene. The creation of electrotango, the combination of traditional tango with elements of electronic music was the spark that initiated the tango craze, not only in Buenos Aires, its natal city, but around the world. Producers and bands that came from every music tradition tried new ways of making tango, but only a few artists came up with really interesting and original fusions.

The one archived by Tango Santo is, undoubtedly, one of the happiest combinations. Tango Santo mixes traditional tango sounds with an electronic flavour and African percussion and rhythms. These rhythmic were present in the musical cocktail from which tango emerged in the last decades of the XIX century, but were eventually discarded, though they remained present in Uruguayan candombe and the murgas (in fact traditional tango is one of the few danceable styles that has absolutely no percussion elements).

This idea, of course, it’s not new. But the members of Tango Santo are not improvised: the percussionists are members of an African percussion workshop where they study the rhythms, build the drums and instruments (these are not instruments you get in any shop) and perform the music. These years of experience and original research positions Tango Santo way ahead of any other band that could have tried this fusion.

Puro Bailongo (Tango Electro Tribal), the first album of this revolutionary band, has eight instrumental tracks, one of them a cover version of a tango written by maestro Osvaldo Pugliese and the other seven written by the leader of the band, the multifacetic Carlos Boccardo. Carlos is not only a great violinist and composer, he’s also a tango lover and has studied its origins extensively, and he combines this role as a musician with many other cool activities: he’s a professional graphic designer and an actor, acting in theatre and movies (he got a leading role in “Los Ángeles, La Película”, an important Argentinean production planned to be released in 2008), among other things. Of course, Carlos dances the tango every week at the local milongas (places to dance tango) so he took care that every track by Tango Santo can be easily danced.