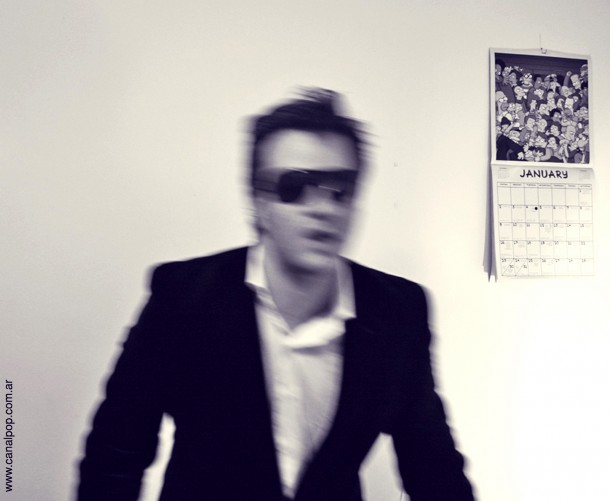 Canal Pop is the name chosen by the electropop producer Emiliano Canal, from Buenos Aires, Argentina, to release his material.

Canal Pop’s music can be described as catchy pop songs with intelligent lyrics, and this is because Emiliano has a remarkable ear for catchy choruses and hit melodies, the kind of music that sticks to your head after hearing it on the radio.

Emiliano also writes the lyrics, and while English is not his native language (people speak Spanish in Argentina) his lyrics (written in English, of course) are full of play of words and they usually tell stories.

Emiliano doesn’t really sing, so Canal Pop features different singers that take care of vocals. Canal Pop released commercially material featuring different singers: Gaby Laguzzi, Bea (Connena, from New York City) and Lara Sambert. Gaby Laguzzi recorded several songs for the We Never Play Live In Buenos Aires EP and Bea recorded the vocals for the catchy single “Ecstatic Days”. In 2009 Canal Pop started collaborating with the sexy singer Lara Sambert, who appeared on the reality TV show Popstars in 2001, where she reached the finals (that show led to the formation of the band Bandana, Argentina biggest girls band ever). With Lara they recorded the tribute album An Electro Tribute To Oasis, featuring songs made immortal by the Gallagher brothers’ band. Their version of “Stand By Me” was chosen “song of the day” at Popjustice.com, the most influential portal about pop music in the UK.

Emiliano Canal is also the owner and director of the Eternal Sunday label, the only one specialized in releasing pop music from Argentina sung in English.