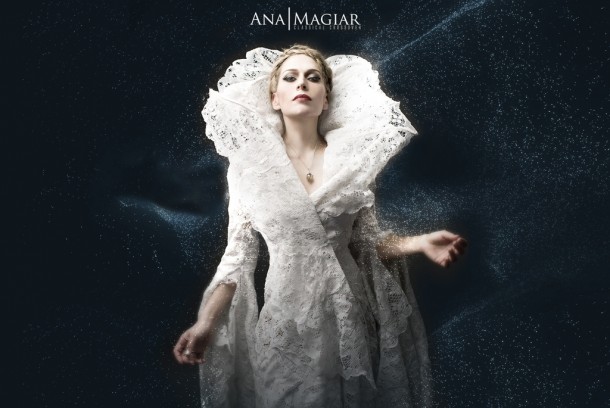 Ana Magiar is a classically trained singer (soprano) from Mar del Plata, Argentina. She took part in numerous classical music events, singing solo and as part of choirs, in many prestigious venues like the Colon Theatre, in Buenos Aires. She studied and perfectioned her art with great teachrs like Omar Carrion, Carmen Nieddu, Salvatore Caputo and former Nightwish singer, superstar Tarja Turunen from Finland.

She srtarted her solo career as a crossover artist in 2011, combining classical music vocals with other styles of music, especially electronic music, performing continuosly in private and public events, like the 140th anniversary of her natal city, Mar del Plata, where she sung in front of 100,000 people, or or the 21st Argentine Open Polo Championship HSBC, the most important polo event in the world.

In 2014 a limited deluxe CD version of her debut album, Original Fate, was released. In 2015 Eternal Sunday re releases digitally the album, and the single “The Secret” for the world to know this amazing artist.

Ana Magiar is represented by the prestigious management agency Lassu Inc from Los Angeles, California, for North and Central America and Spain.